Looking at Africa always entails searching for the origin in the widest sense of the word. Of the origin, largely, in the modern way of seeing and representing the world… and of the origin of humanity itself, if we abide by paleontology. The mask. As an admirer who pays tribute to the revolution that they went through…

…visual arts in the 20th century, it never ceased to amaze me the fact that, to take that giant leap, many have had to turn to ancient Africa.

My graduate thesis as a graphic designer was a compilation of thought on color in modern painting, from Picasso to Kandinsky, and in all of them I noted that presence. Without his masks, clearly, Picasso would not have split the history of art in two with his ¨The Young Ladies of Avignon¨. He admitted it himself upon narrating his experience after examining those objects until then unappreciated:

¨…I understood what painting actually meant. It’s not an esthetic process; it’s a kind of magic that stands in the way between us and the hostile universe, a way of taking power, imposing a form on our terrors as well as our desires. The day I understood that, I found my way¨. Everything Afro always giving of itself, always enhancing, and hardly ever receiving compensation. 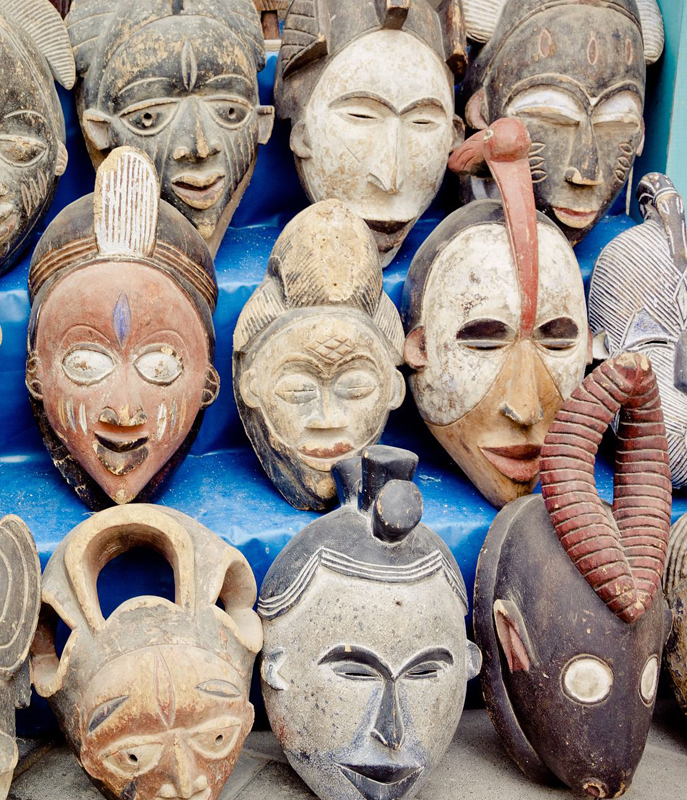 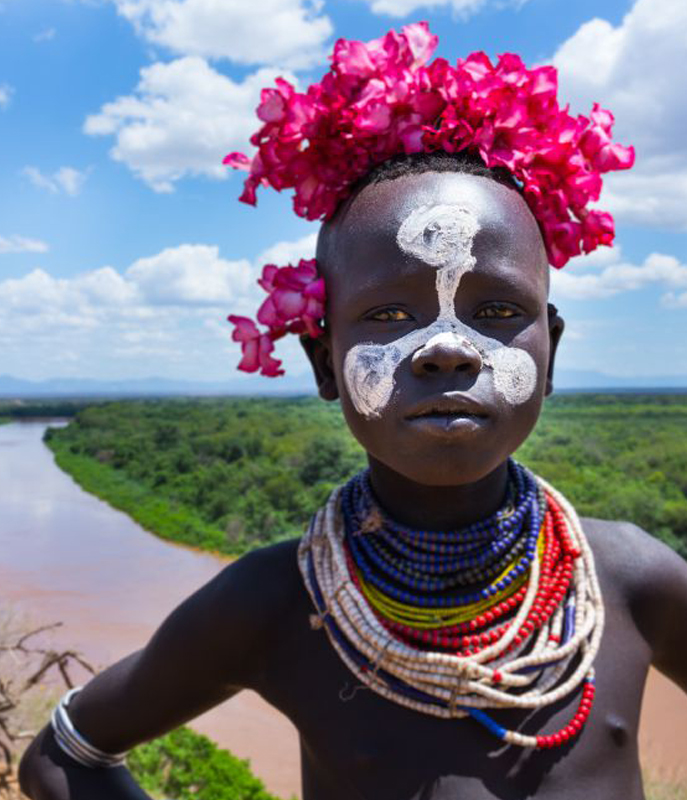 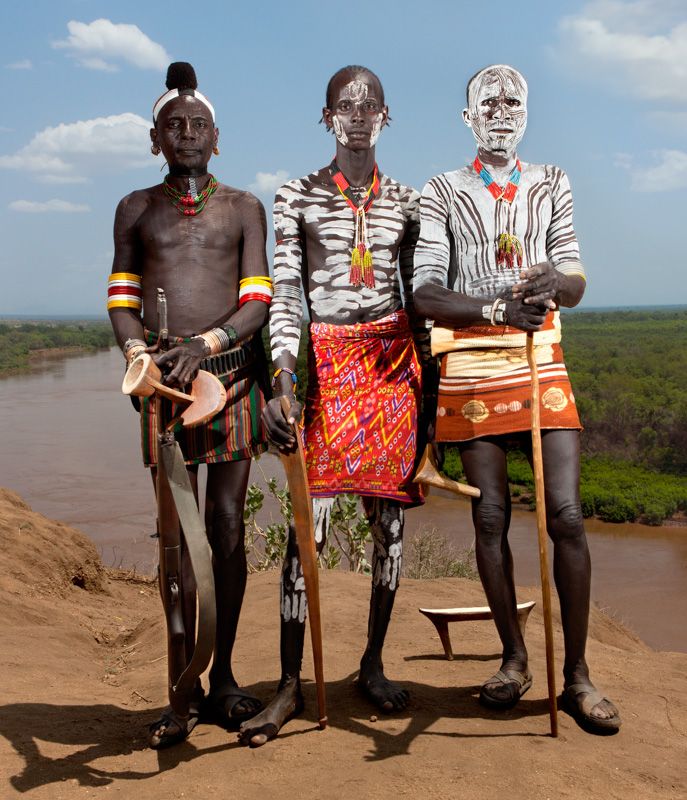 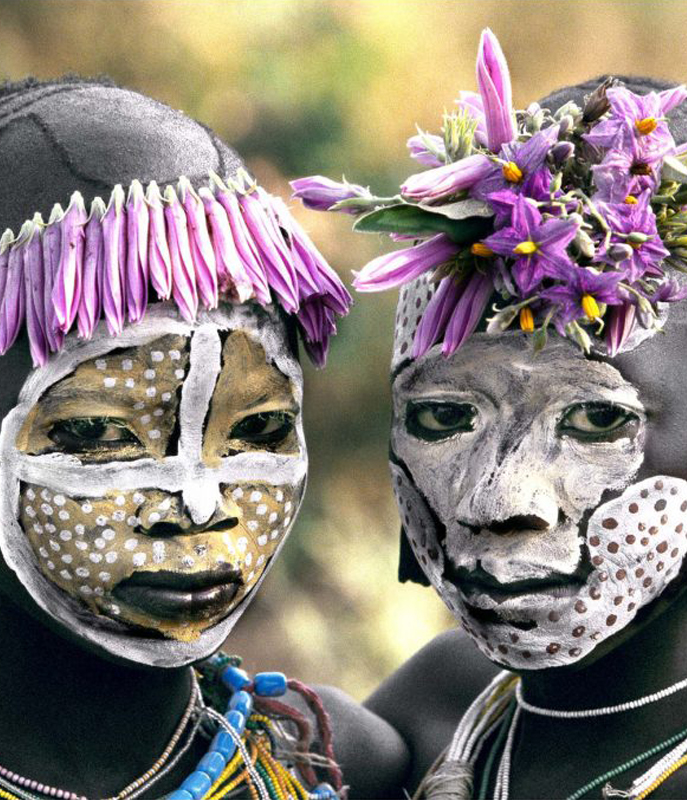 THE FACE. My native Chile wasn’t, at first, the best place to discover anything afro. But as a child, the visits, photos and gifts from an uncle that lived in the Congo gave me a first…

…and dazzling encounter. Years later, my anthropologist brother showed me the body paintings made by the communities of the Omo Valley, in Ethiopia. But the most important thing would come later, with the many journeys to Latin America and Europe I made in which I no longer found masks but stories and faces of so many members of the African diaspora.

On them my camera discovered the mysterious power of the portrait: the ability to bridge the gap between two human gazes, that of the observed and the observer. A vibrant line of communication between two people that recognize each other without the need for words.

With Afroprints my aim is to synthesize the mask, the face and the afro body, all in one creation.

Afroprints consists of a visual proposal, digitally printed to be exhibited in public spaces. There will be 20 prints of Afro men and women and Afro-descendants. In parallel, there will be a limited edition, numbered and signed on cotton paper in two formats: 70 x 100cm and 50 x 70 cm and a folder with all the works sized at 30 x 40 cm. Part of the profits obtained by the marketing of this work will be earmarked for promoting some initiative in support of African migrants in Spain. 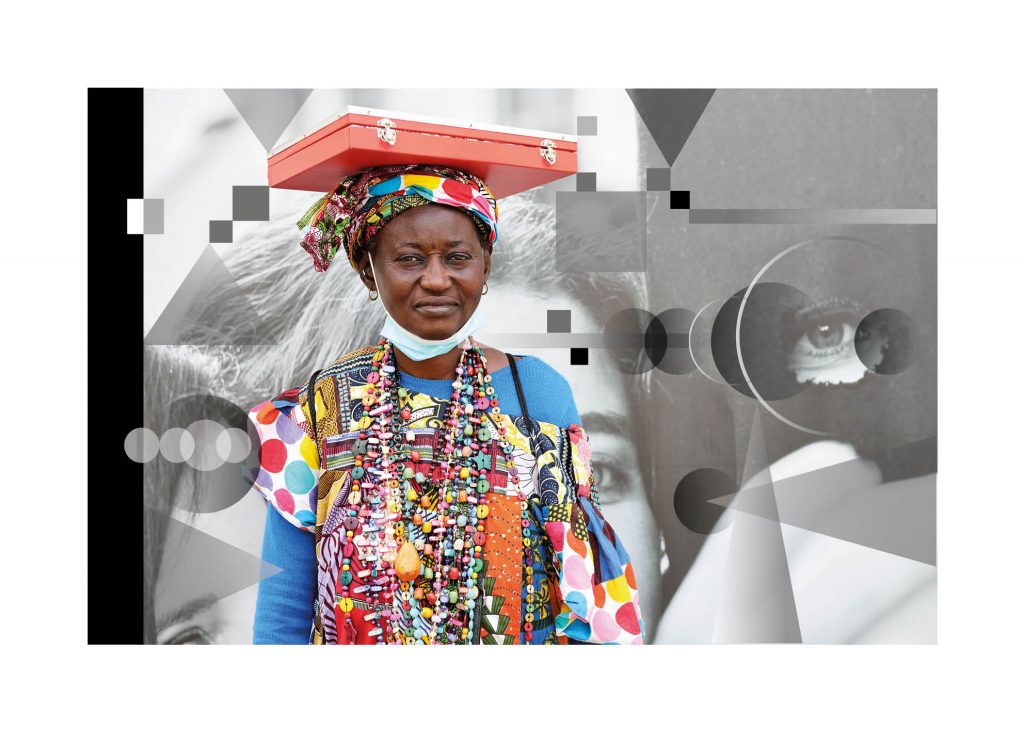 Sadio, Senegalese mother traveling merchant through the streets of Cádiz

YOU CAN LEAVE YOUR COMMENTS ABOUT THE WORK. THANK YOU !
ABOUT THE AUTHOR

I’m Carlos Donaire Celis and I studied Design at the School of Architecture and Design...

I’m Carlos Donaire Celis and I studied Design at the School of Architecture and Design at the Catholic University of Valparaíso (Chile) under the careful direction of professors Claudio Girola and Francisco Méndez. Later in Santiago (Chile) I studied Photojournalism under the tutelage of Juan Domingo Marinello at the School of Journalism at the Catholic University of Chile. My initiation into Visual Arts was with the Maestro Donaire Escobar through countless conversations and apprenticeships in his studio throughout several years, as well as a short but intense apprenticeship at the Visual Arts Studio in Santiago (Chile) under the Maestro Guillermo Frommer. In 1986 I settled in Madrid and in 1993 I enrolled in a Marketing master’s program at the School of Economic and Business Sciences at the Autonomous University of Madrid, a course under the direction of Dr. Ignacio Cruz Roche, author and co-author of a wide range of literature on marketing and business administration. Ten years later I completed a master’s course in Corporate Communication and Advertising at the school of Information Sciences at the Complutense University of Madrid, under the direction of José Luis Arceo. I also did a graduate course in Sociology at the School of Sociology and Political Science at the Complutense University of Madrid where I studied under the Sociologists Ángel de Lucas and Alfonso Ortí.

I’ve worked as editor and art director for economic, scientific, travel, gastronomic and arts publications and as creative director in advertising agencies in Spain, Chile and Sweden. I’ve collaborated as a consultant and qualitative researcher in marketing departments at several companies. I have experience in consulting services in Spain, Chile, Colombia, Mexico and Sweden. At present I collaborate with organizations from those same countries. Marketing.

Use this form if you would like to participate as a model for Afroprints, I need Afro women to photograph in my studio near the Manuel Becerra Metro station in Madrid. You can contact me on the following form or on WhatsApp: +34 601 315 894

Use this form if you would like to participate as a sponsor. If you have access or a connection with any showroom for Afroprints you can contact me on the following form or rather on WhatsApp: +34 601 315 894